Tim Burton Wiki
Register
Don't have an account?
Sign In
Advertisement
in: Composers, Producers, Actors, The Nightmare Before Christmas Cast 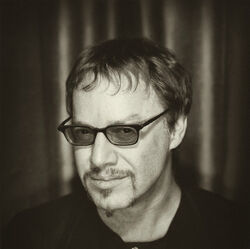 Daniel Robert Elfman (born May 29, 1953) is an American composer, singer, songwriter, record producer and actor. Elfman's collaboration with Tim Burton are one of the most celebrated Director/Composer duos in the history of cinema.

Due to a falling out over The Nightmare Before Christmas, Elfman declined to score Ed Wood, and composing duties went to Howard Shore. Burton was able to bury the hatchet with Elfman and convinced him to score his next film, Mars Attacks!. Since then Elfman has only declined to score Sweeney Todd: The Demon Barber of Fleet Street due ti it being an adaptation of a musical.