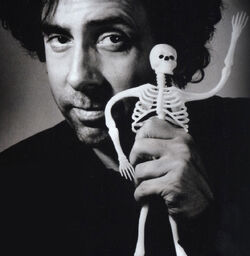 Timothy Walter Burton (born August 25, 1958) is an American film director, producer, writer, and artist. He is known for his dark, gothic, imaginative films and artwork that have developed many cult followings, and have made Tim Burton one of the most influential directors of all time. Some of his most famous creations include, Beetlejuice, Edward Scissorhands, The Nightmare Before Christmas, Corpse Bride, Frankenweenie and many others. His feature film debut started when comedian Paul Rubens had discovered his short film Frankenweenie, and asked him to direct what would be his first feature him Pee-Wee's Big Adventure.

After her, Tim got engaged to Lisa Marie in 1992, who was the inspiration for Sally, from The Nightmare before Christmas, and appeared on some of his movies: Mars Attacks!, Ed Wood, Sleepy Hollow, The World of Stainboy, and Planet of the Apes.

During the filming of Planet of the Apes, he met his latest partner, Helena Bonham Carter, they were engaged since 2001 and have two children, Billy Ray Burton and Nell Burton. They often appear on short scenes of his movies. They broke apart in 2015.

His friend Johnny Depp is also the godfather of his son, and Depp has a tattoo on his chest that represents his friendship with Burton; It says Tim written in runes and has a circle around that represents brotherhood. 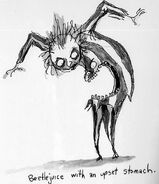 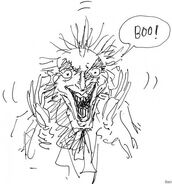 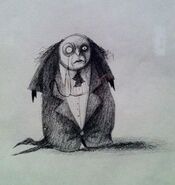 Planet of the Apes[]

Charlie and the Chocolate Factory[] 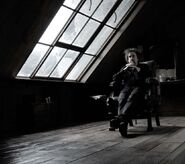